Recognition Of Workers Must Be Genuine 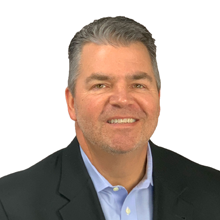 I define “The Four Pillars of Safety” as engagement, recognition, communications and measurement. This article will focus on employee recognition, which I view as the energy that is created throughout an organization when people are given credit for their accomplishments and shown gratitude for their efforts. (Editor’s Note: To read this author’s article about the first pillar of safety, employee engagement, see “The ‘heavy lifting’ of safety” in ISHN’s June issue, pp.74-75.)